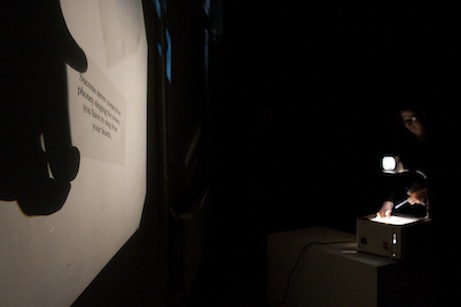 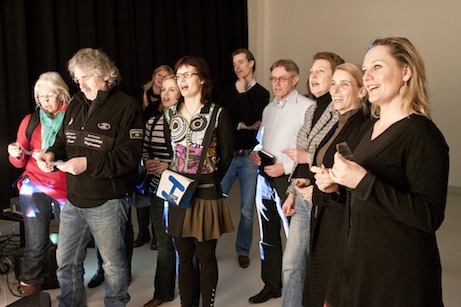 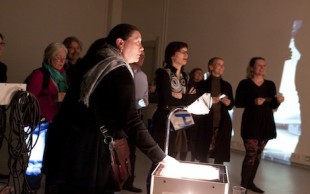 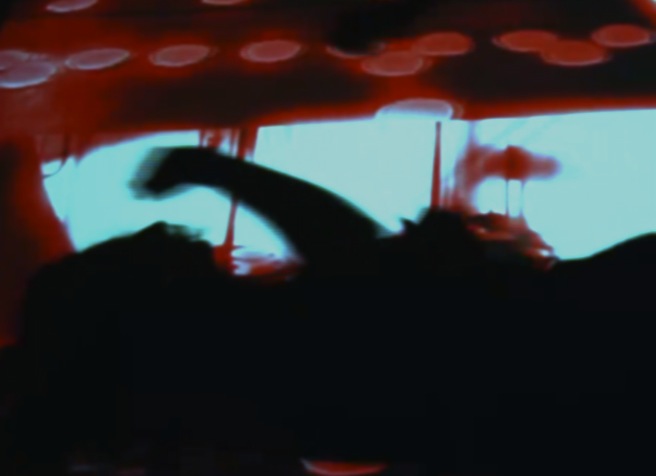 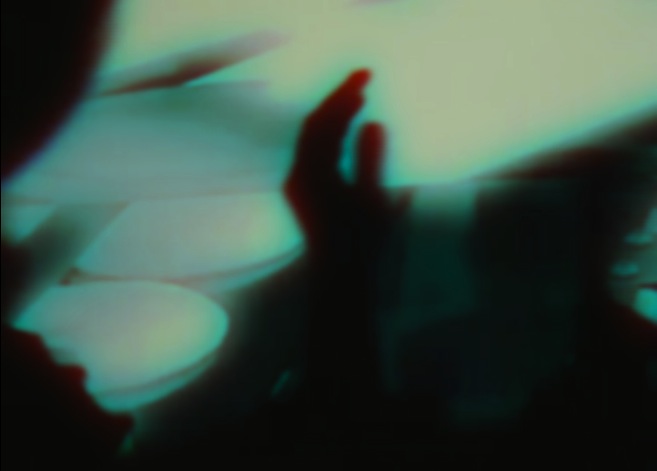 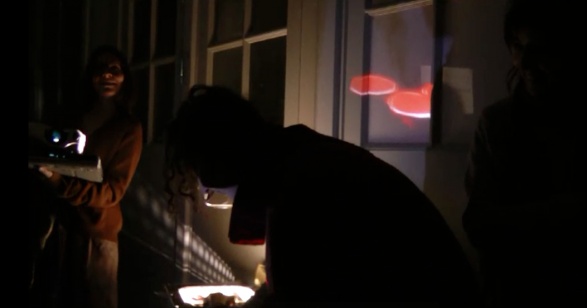 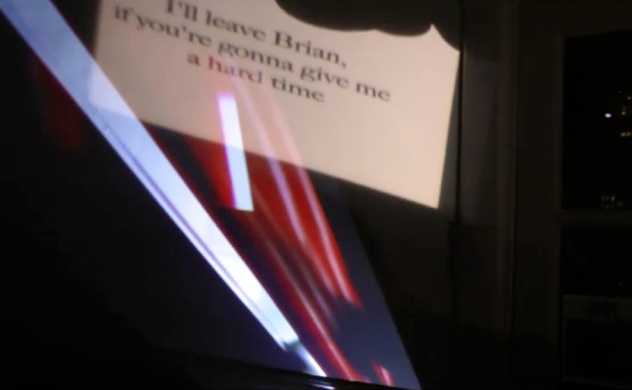 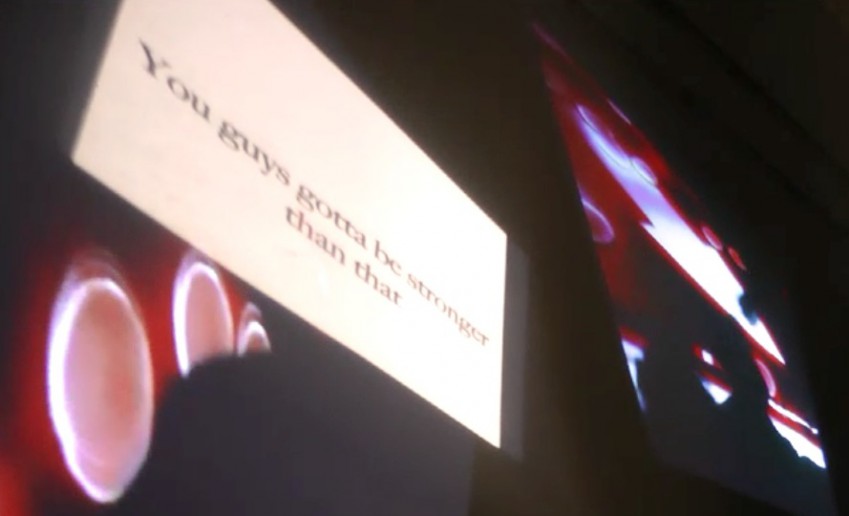 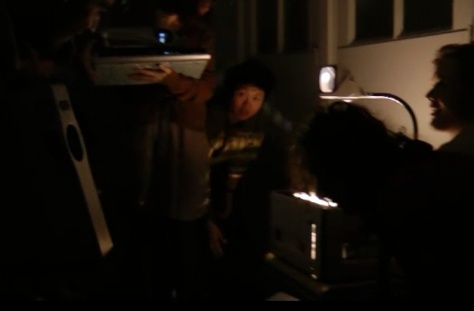 Drawing from an argument between The Beach Boys and their demanding patriarch-manager, Murray Wilson, this performance enacts the personal and practical tensions of collaboration. In a narrow hallway, audience members are told to work together to move a video installation from one end to the other; some are given the digital projectors, some push television monitors along the floor. While shuffling, entangled in cables, through their task, they collectively read transcript fragments of the antagonistic recording session as a “choral soundtrack”. Lushly crooned harmonies typify the extraordinary surf rock sound of The Beach Boys; this work draws directly from the process of laying down the vocal tracks for their pop hit “Help me Rhonda” (1965). Syncopation is central to Murray Wilson’s criticism during the recording session and during the performance the audience shout out his demands to “Be happy, fellas! Loosen up!” The inconsistent rhythms of mechanized image and sound production are echoed in the projected videos of figures dancing with footage of industrial pancake machines.
In another version of the performance, the audience reassembles the installation in a large empty room while choosing sections of Murray Wilson’s rant to project and vocalize. 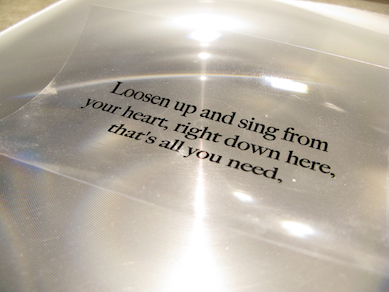 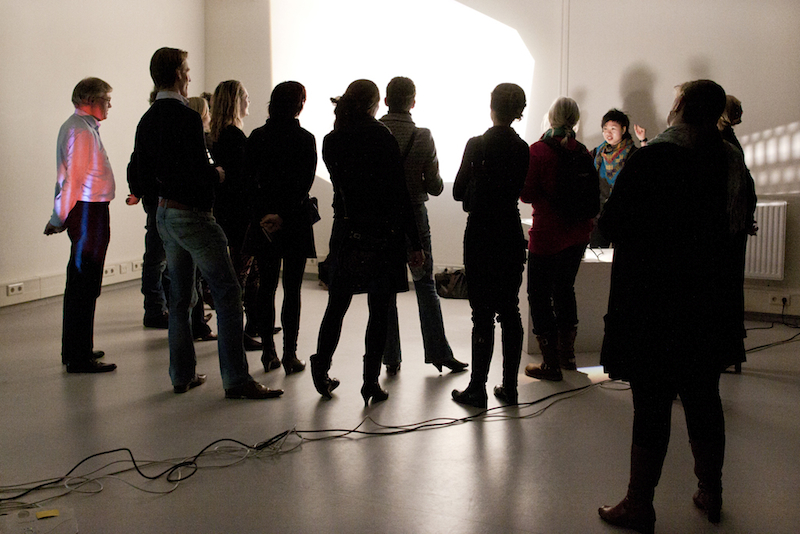 “We’re locked into this together.”
“What’s my part?”
“I can’t hear it.”
“Quit screaming and start singing from the heart!”