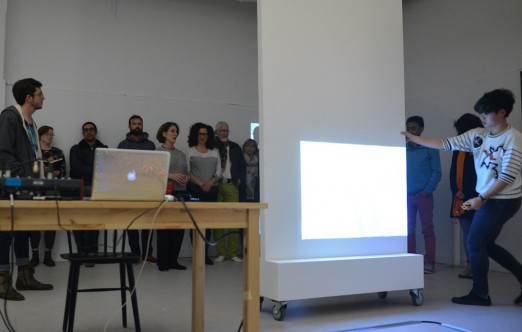 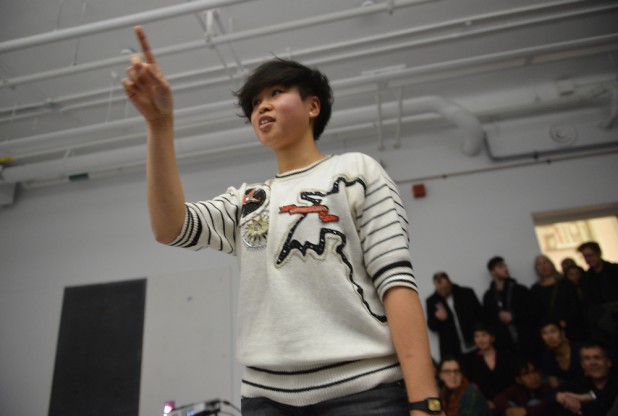 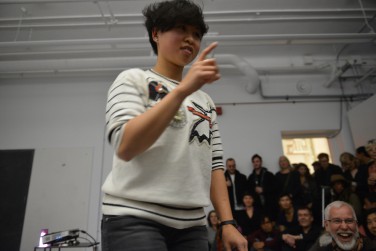 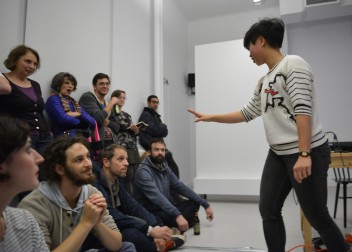 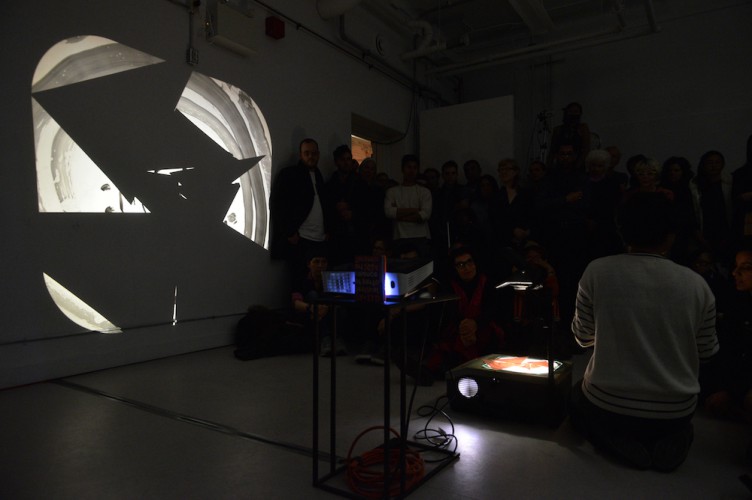 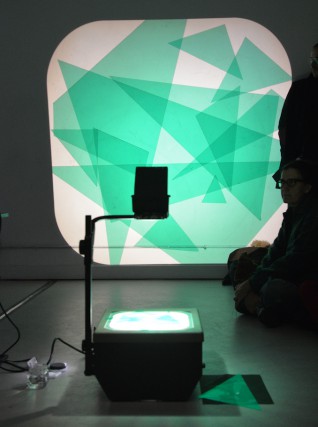 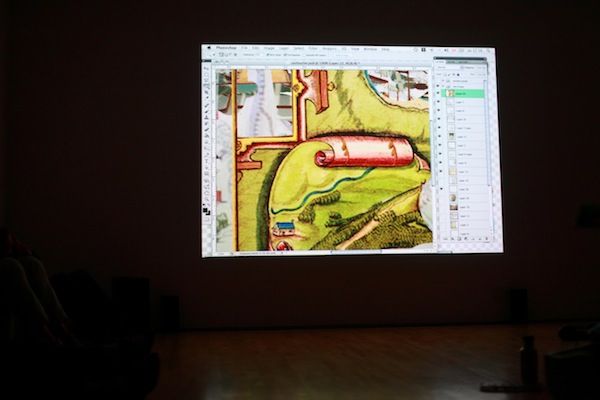 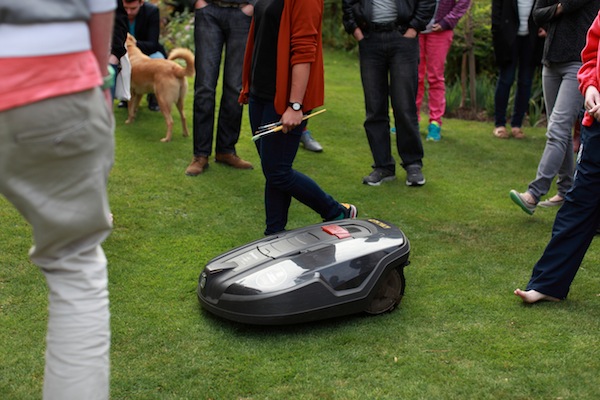 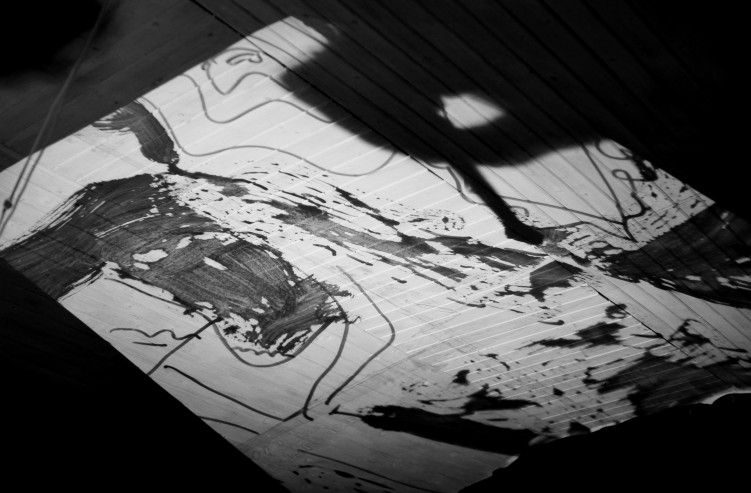 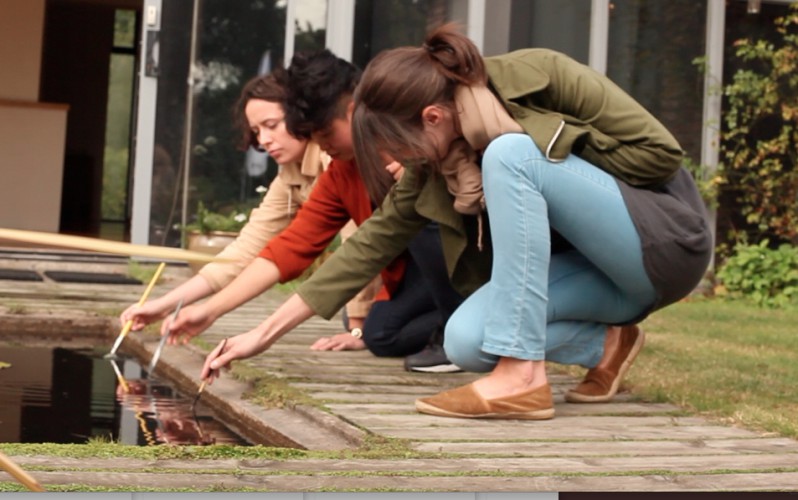 
Stemming from the historical footnote of a decapitated cartographer, this piece is an improvised orchestration of: colour-coding, choral participation, shades of green, shades of brown, usability, various scales and legends, repeat after me, a de-railed Photoshop tutorial, kinds of violence, a reluctance to be found, the idiocy of neutral space, brush painting, walking, and compromised visibility.

Iteration for the Clonlea Studios in the context of (((O))) curated by Lee Welch and Teresa Gillespie:

Starting with the song Beyond the Sea, sung a cappella in the same breath and brushstroke as enso (a meditation exercise of painting concentric circles), the performance of mapping moves through the flat, digital layers of Photoshop, then to collectively following the path of Johan, the robot lawnmower. It then shifts to the repetitive brushstrokes of the Chinese character for “air”, written in pond water, and lastly, the overhead projection of map drawing and shades of green. 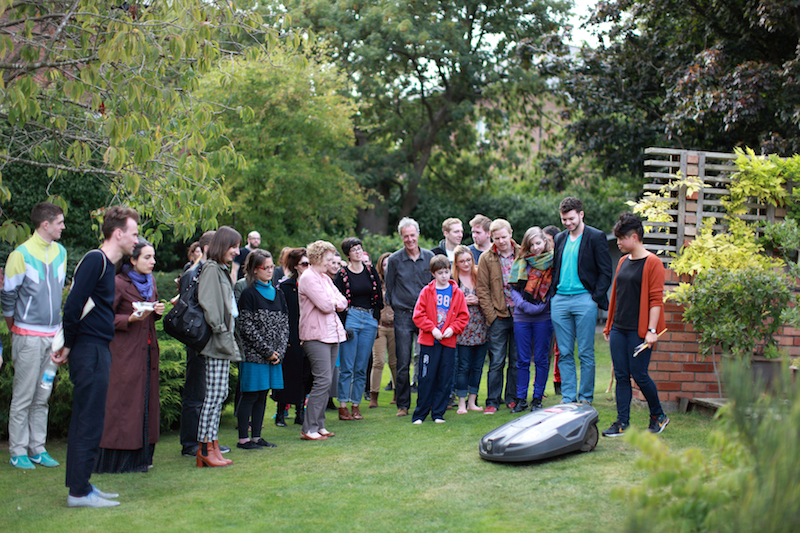